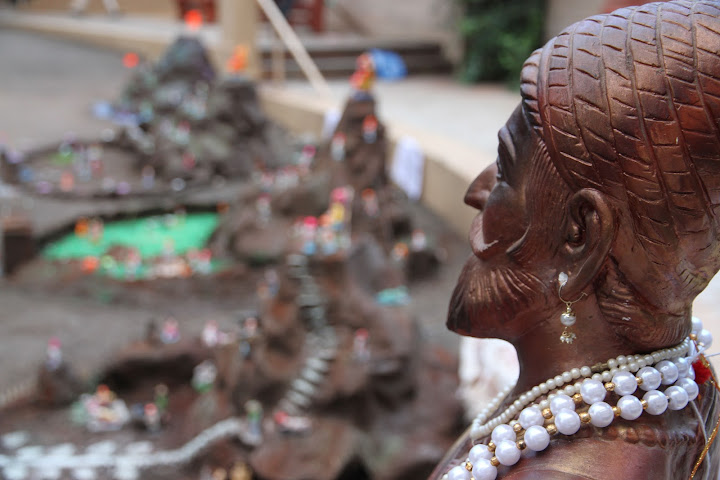 With a wonderful event planned and publicized, all of us were now looking forward to the actual event – the Diwali Carnival!  This was the first year that we conducted the Diwali Carnival (the idea actually came up while the core team members were discussing on having a Diwali Party – but, in the true “Millennium  ishtyle”, we gave it a complete twist, and made it into a carnival! Lots of grand plans were put on the table, which had to be moderated – so there is *much* more to come in the next few years!).We decided to have competitions for Fort making and Lantern making or Rangoli making. We decided to provide children with the basics for all the competitions – rocks and mud for the forts, glue and colour paper for the lanterns, and powder for the Rangolis. Children could get more stuff from home if they wanted to.

Needless to say, we asked the students to register online – and we had put a limit on the number of items in each category, so that there would be an urgency to register quickly! We then got the raw material for the competitions, and put them in front of the student managing committee (well, other than the rocks and mud, of course!). They had to decide what to do and how to do (the “when” part was already decided – they had a deadline to meet!). In addition to the raw material, we also go a lot of colourful paper for the student decoration committee to decorate the school with. After all, the school had to look like it was having a carnival! 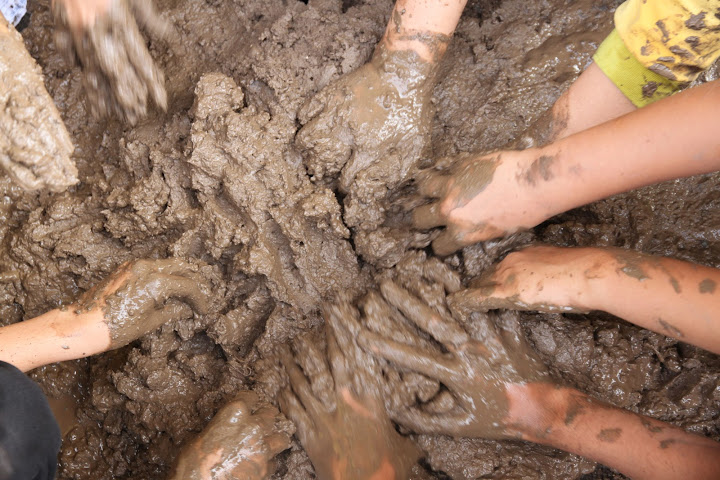 Initially, we had decided to give our children only 1 day to make their forts, but decided to give some more time, in order to let some greenery grow on their forts, if they wanted to. What a wise decision that was! Forget the greenery, almost every single fort was destroyed and created multiple times in the 3 days that were given to them! In the end, no fort had greenery on it! 🙂

As we know, pictures speak a thousand words. We think that once you take a look at the album from our picture gallery, you will know the exact emotions that the children were feeling. It was a magical atmosphere, where our students learnt teamwork, hard work, and planning all in one go. Some got to be leaders, some got to be planners, some got to be executors, while some got to be sculptors. There was an opportunity for every child!

The fort making competition was for children from std. 5 and to std. 11, the lantern and rangoli competitions were for Std. 5 to Std. 11 again. The little ones got to dabble their hands in rangoli all over the school. Children from Std. 1 onwards were creating rangolis in groups, thinking that there was going to be a competition for them too! (next year, perhaps?)

The rain gods tried their luck by trying to shower the forts with heavy rain, but the students will-power was so strong, that even while other parts of the city were soaked, the school remained dry! (We admit that the rain did give us a little heebiedajeebies!). At last, we threw the doors open to parents – and they came in large numbers – with their friends, relatives and co-workers. It was an electric atmosphere, which could be experienced only by being there. The carnival lasted for exactly two and a half hours – and just after most of the parents had gone home, it rained. Cats and dogs (or whatever other animal you would like to mention – it was heavy rain!). That made our belief of children’s willpower even stronger! 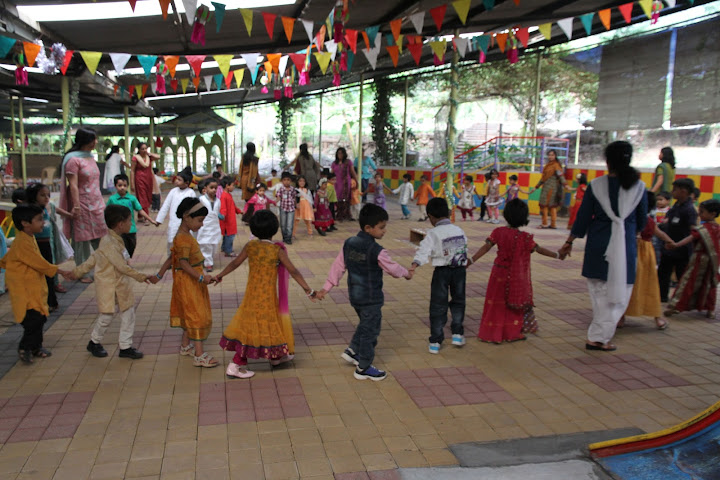 For us, this event was probably the most satisfying event of all. We got to see children getting their hands dirty, and being what they are – children. We realized one thing, children are capable of doing much more than what we think they are capable of doing. Our job as educators is to encourage this capability.

P.S: This article can be much longer, as there are so many more things that we want to talk about, but we hope our excitement would have rubbed off on you too. Ask anyone in the school for more details – students or the staff – there will be different information in each narration!

Appreciated the idea of celebration.

yes of course it was really really a great even. we appreciated it and foun our ourselve lucky to have our daughter in such a school/

It definitely was a great event! One that put all of us as visitors and parents in awe at the scale it which was done. Kudos to the team!

Inspite of all my well meaning intentions, it was the first time my daughter made a fort(combination of cons for nuclear family/working parents/apartment system). And she loved it and was proud of her creation (after the nth attempt.) 🙂

Next year perhaps throw in some diya decoration competitions and some stalls?

The Diwali Carnival was really an excellent idea and I am happy that my both children are studying in Millennium. The responsibility that Millennium staff exhibits towards the students is really appreciable.

We appreciate the efforts taken to put up a grand diwali carnival. However, the enthusiasm led to trafic snarls and overcrowding. Next year, it would be more enjoyable & convenient, if the visitors attend the carnival in separate section wise (e.g. KG, Primary, Secondary) time slots.

Enter your username or email to reset your password.